Thank God for the Salvos 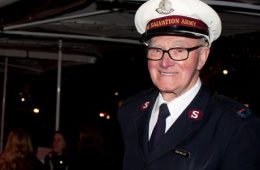 Some of my earliest memories are of the Salvation Army Band precariously placed on the narrow footpath outside our home in Dynnyrne belting out the tunes with gusto while my neighbours silenced the rattling collection tin with donations usually consisting of 1 and 2 cent pieces. They'd appear almost by magic, play four or five tunes, thank us for watching and move on to another street corner, in another street with a minimum of fuss but a maximum feeling of good will.

Of course as a young boy I wasn't aware of who the Salvos were, the work they do for the embattled within the community, the number of people faced with homelessness, domestic violence and hunger that they help every day; or the number of lives they have turned around when despair and hopelessness seemed all that was possible. I just liked watching the tuba player go red in the face and watching the trombones slide in and out!

Fast forward more years than I would care to admit to and they are still going strong, still out there quietly doing their thing helping the next generations of the less fortunate among us, faced with new challenges such as synthetic drugs and rising rents and mortgages putting more people on the streets.

The Salvos prefer to do their work quietly and in the background but some are more visible than others. My friends and I have a very longstanding Wednesday night tradition of gathering and having a few laughs or solving the world's problems over an ale or two at a local waterfront hotel, and not many Wednesday nights go by without old Don making an appearance, smiling and laughing with the locals, wooden collection box in hand.

Now in his 80s, Don Miller has become a Hobart institution. Week in and week out he's out there doing the rounds of Hobart's hotels, raising money, interacting with the community, sharing a joke or showing genuine concern for the people on his beat. He's seemingly been around for ever and for many is the face of the Salvation Army in Hobart. There's even a portrait of him hanging proudly over the door at the Republic Bar. Don epitomises everything that's good about the Salvos - warm, caring, empathetic and engaging but you get the feeling that if you ever needed someone to go in to bat for you he'd be leading the charge.

Resilience Marketing have been fortunate to have a longstanding relationship with the Salvation Army, from billboards and magazine advertisements through to their latest television commercial.

Here's a look at a couple of projects we've worked on: 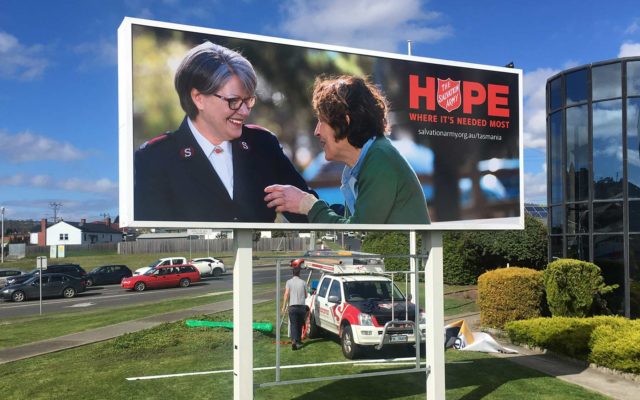