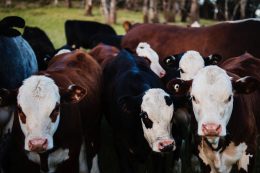 One of those duties was recording livestock sales at the Bridgewater sale yards and running sales sheets to and from the auctioneer. To get to Bridgewater I'd have to cadge a lift with whichever Stock Agent was going by at the time which was OK- in the main they were good down to earth people keen to teach the city boy about the rural way of life and I had some great conversations and more than a few laughs going to and fro from the saleyards. Except for one guy, an Agent from down the Huon - maybe it was the pastel tie or my too long hair, but he took a dislike to me and delighted in making me uncomfortable. He even made me sit in the back seat of his vehicle, his dog taking pride of place in the front passenger seat whenever in his words he "drew the short straw" and had to give me a lift.

This was also the era that Normie Gallagher and the BLF were flexing their considerable muscle, despite some questionable and often violent means they and the union movement in general had gathered some real impetus and were knocking heads with the establishment all over the country. Of course a conservative Pastoral and Agricultural business considered itself to be part of the Establishment and any talk of joining a union was dealt with quicker than Warnie can scoff a pie.

So predictably things between me and the Huon agent came to a head and I had no recourse or protection from the company. Tired of the constant bullying, I started reacting which he in turn saw as insolence and our relationship reached a new low.

Then came the shittiest work day I have ever had - literally! Not exactly spritely on my feet at the best of times, I was running sales sheets to the auctioneer on a cold and rainy day when my feet went out from under me in one of the empty cattle races. I must have slid about 5 or six metres, throwing a few rolls in as I went through stuff I didn't want to think about. If sliding in shit infused mud was an olympic sport I might have been marked down for style but still would have made the podium! I was covered from head to toe, stank like I'd been synchronised swimming in a sewer and I still had three hours to go at the saleyards before I could leave.

I cleaned myself off as best as I could, got through the next three hours, willing the clock to go faster so I could get home and change before heading back to work. Of course the Agents were all aware of my predicament so when the auction was over the sound of roaring engines and wheels spinning from the carpark was palpable. The Huon Agent had been waylaid by a client and was hastily nominated by the others, over two way radios from the safety of the road, to get me home.

Relegated to the backseat again and sitting on old tarps it was a pretty miserable drive back with not so subtle obscene mutterings coming from the drivers seat. At least the dog was showing more interest in me!

Then came his coup de gras. The car came to a sudden halt at Franklin Square and I was ordered out and told to find my own way home. Refused by taxi drivers and with well over an hour to wait for the next bus, which may have refused me anyway, I was forced to trudge three kilometres home covered in crap with my head down hoping that nobody would recognise me.

At that stage I was still two months shy of my eighteenth birthday and the lessons learned have stayed with me to this day. Treat others in the workplace with fairness, equality and respect and join a bloody union!

Resilience are proud to have worked with the National Tertiary Education Union. We helped them create some public awareness recently surrounding some UTAS practices through cinema advertising and outdoor advertising on our Superscreen. 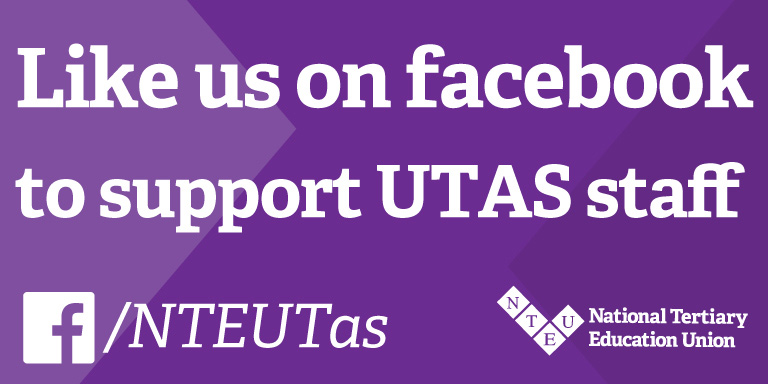