Be Safe Out There 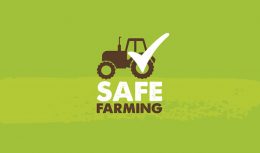 I come from a long line of country folk. My forebears were robust types that lived through wars, depressions, droughts, floods and other natural disasters with nary a complaint and a practicality borne from just having to get on with it or you won't be eating anytime soon. They were farmers, graziers and saw millers and I'd like to say their blood courses through my veins but when it comes to farming I'm a card carrying member of City Boys R Us.

When I was growing up we used to visit my country cousins occasionally and the land was always a pleasant place for me to visit, but I wouldn't want to live there. My mum once suggested that I spend the summer holidays at my Uncle Bluey's farm in the mountains instead of the usual swimming, cricket and hanging with my friends and I screamed louder than a millennial who's lost his wifi.

Of course in this day of tree changes and hobby farming the lines between city folk and country folk have blurred and more and more people are being drawn to the rural or semi-rural lifestyle. Towns like Woodbridge, Cygnet and Huonville which were dying the death of a thousand cuts back in the 90's have a renewed energy, increased tourism and facilities in the form of restaurants, cafes and B&Bs and cottage industries are booming.

You would think that this exodus of unskilled city people moving to and working farms would lead to an increase of accidents on the land but the opposite is actually occurring. In the late 1980s and early 90s there were an average of nearly 150 accidental farming deaths per year. That number has steadily fallen and last year there were 63.

Education and resources relating to safe farming practices is freely available for hobby farmers and fair dinkum farmers alike and the increased awareness and education is clearly having an impact in keeping people on the land safer.  Resilience are proud to have been involved in producing a raft of materials for Safe Farming Tasmania including an Induction Handbook and accompanying video, printed materials and electronic versions loaded onto a usb stick.

Supplied on branded USB drive - here's an idea of the content 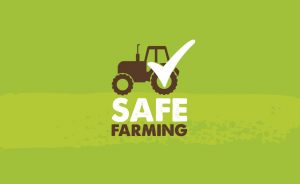 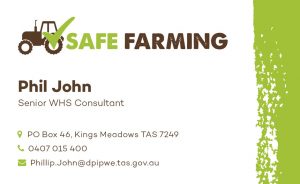