It is what it is! 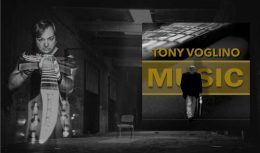 Resilience Marketing have always had a strong connection to live and local music. In addition to many individual projects for local musicians we have been instrumental in the creation, promotion and event management of the For the Fallen - Standing Room Only annual events that reunited Hobary's best bands of the 80s and packed out the Republic Bar year after year.

While the live music venues from those days - Tatts, Red Lion, Cadillac Cub, Travs, Winstons and many more may have gone the way of the dodo, 30 years on there are still a few of the musicians plying their trade successfully around the pubs and clubs of Hobart.

Any given weekend you can still find Billy Whitton, a local music icon, belting out Stray Cat Strut with as much gusto as he did with the Be Bop Brothers when they were the resident band at Tatts in the 80's sharing their stage with members of Dire Straits after their concert at KGV.

Another local legend from that era is Tony Voglino. Tony with his band Oz Lingo played many of Hobart's venues, always to packed houses. 30 years later Tony is still belting out tunes at venues like the Queens Head Hotel, Launceston Country Club and Paddy Waggon for a loyal following as well as being a much sought after entertainer for corporate functions and weddings. He has an amazing repertoire, borne from decades in the industry, and has recently released another album, It Is What It Is.

We were stoked when Tony approached us to develop his new web site and publicise the new album. You may have already seen the Television Advertisement which we produced and put to air recently and the web site is live and allows Tony's fans to download his music directly.

Check out your local gig guide to catch Tony live any given weekend, you won't be disappointed!

Here's the ad and website which feature production and graphic design work by our creative staff.